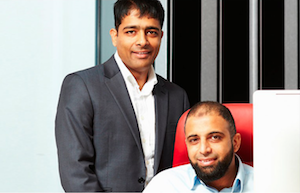 Blackburn-based EG Group announced a major petrol forecourt convenience retail expansion in the United States by agreeing to buy a 762-site network from The Kroger Co. for $2.15 billion.

Privately-held EG Group was founded with a single filling station in Bury as Euro Garages in 2001 by brothers Zuber and Mohsin Issa.

Before including revenue from the stores being acquired from Kroger, EG Group’s European business pro forma revenue (including Italy and Germany) is $14.5 billion.

As part of the transaction, EG Group will establish its North American headquarters in Cincinnati, Ohio and continue to operate stores under their established banner names.

With the inclusion of the Kroger assets, EG Group will own and operate 4,400 sites across Europe and the US.

Mohsin Issa, EG Group founder and co-CEO said: “This is an exciting time for EG Group — the entry into the US market presents a fantastic opportunity to deliver a successful retail offer to consumers across the various states.

“We have had much success across Europe and we firmly believe the Kroger assets present a fantastic foundation to overlay our retail experience and know-how in the US.

“We are committed to investing in the Kroger network, partnering with leading retail brands and working with the exceptional management team and associates transferring across to deliver a comprehensive retail offer.”

Zuber Issa, EG group founder and co-CEO, said: “Our business model is simple but effective – EG Group is creating a stronger relationship between consumers and leading retail brands they want to access.

“In the US we aim to create a retail environment which delivers convenience, provides value and serves as a retail destination offering excellent welfare to motorists who live and work near our petrol forecourt convenience retail stores.”

The transaction is still subject to regulatory approval.