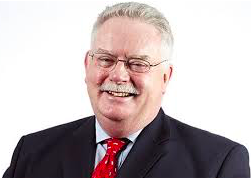 The FCA found that while he was chairman Flowers:

“In addition, after stepping down as chair, Mr Flowers was convicted for possession of illegal drugs,” said the FCA.

The FCA found that Flowers’ conduct “demonstrated a lack of fitness and propriety required to work in financial services.”

Mark Steward, FCA executive director of enforcement and market oversight said: “The role of chair occupies a unique place of trust and influence.

“The chair is pivotal in setting expectations of a company’s culture, values and behaviours.

“Mr Flowers failed in his duty to lead by example and to meet the high standards of integrity and probity demanded by the role.

“These high standards are what the financial services industry and the wider community rightly expect of its senior individuals.

“Where a chair, or other senior individual, fails to discharge these standards the FCA will hold them to account.”

The FCA said it found that Flowers “has demonstrated an unwillingness to comply not only with the FCA’s requirements and standards but also with other legal, regulatory and professional requirements.”

The FCA said it believes Flowers’ “disregard for the standards he is expected to meet demonstrates a lack of integrity and that any future involvement by Mr Flowers in the financial services industry risks undermining consumer and market confidence.”