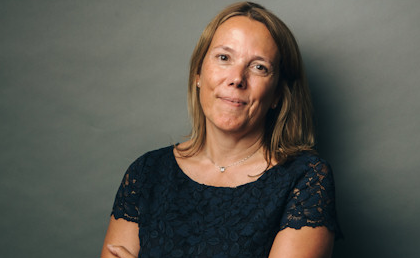 Troubled Crewe-based alcohol wholesaler and distributor Conviviality Plc — which owns Bargain Booze and Wine Rack — said late on Wednesday it will meet institutional investors in the coming days “to effect an equity placing to raise gross proceeds of £125.0 million.”

But the firm admitted: “If the company is unable to raise funds by way of the placing or otherwise, it is unlikely to be able to trade on a going concern basis.”

Last week, Conviviality said CEO Diana Hunter would step down amid a slew of problems including suspension of the firm’s shares following a £30 million tax demand that left it with a “short term funding requirement” and a recent profit warning that sent its shares down 60%.

“The board of the company today announces that, through its broker, Investec Bank plc, meetings with institutional investors have been arranged for the coming days starting today to effect an equity placing to raise gross proceeds of £125.0 million, which the directors believe will provide the necessary funding to recapitalise the business … ” said Conviviality late on Wednesday.

“Assuming the placing is successful, the board would expect that the adjusted EBITDA for the year ending 29 April 2018 to be in the range of £45.5 million to £46.0 million and net debt to be below £100.0 million.

“For the financial year ending 28 April 2019, the board expects adjusted EBITDA to show modest growth compared to the expected outcome for the current financial year.

“The reduction in the expected adjusted EBITDA outturn for the current financial year from that announced on 13 March is principally due to (i) the company managing its customer and supplier base through the issues associated with its short term funding requirements and (ii) the deferral of franchise income arrangements as a consequence of the board delaying completion of further franchise agreements.

“The company remains in compliance with its existing banking covenants and as noted above, the company is in constructive discussions with its lending banks …

“The board believes that the placing is the most appropriate mechanism to recapitalise the business.

“However, the company continues to explore other funding alternatives in the event that the placing is unsuccessful.

“If the company is unable to raise funds by way of the placing or otherwise, it is unlikely to be able to trade on a going concern basis.”