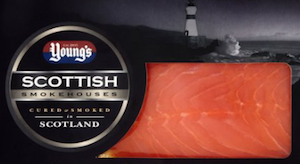 Grimsby-based Young’s Seafood Limited announced on Tuesday the signing of three contracts with Marks & Spencer which will see it supply M&S with chilled and frozen coated fish, natural salmon and white fish from 2018 to 2023.

Young’s Seafood also confirmed it is proposing to close its Young’s Pinneys plant in Annan, near Dumfries, Scotland, with the potential loss of 450 jobs.

Young’s Seafood — owned by investment firms Lion Capital, Bain Capital and HPS Investment Partners (UK) — said it “has chosen to exit Deli and Meals production from its Pinneys site in Annan, as this production is no longer financially sustainable.”

There has been speculation that the firm’s private equity owners have been working with boutique investment house Stamford Partners on a potential exit — and a possible sale to Princes’ Japanese-owner Mitsubishi Corporation.

The firm added: “Following a review of its UK operations, the company proposes to move the remaining natural salmon production undertaken at the Pinneys site to Young’s existing natural salmon facility at its Humberstone Road site in Grimsby.

“This proposal continues the company’s ‘One Young’s’ strategy in seeking to focus investments on centres of excellence to ensure Young’s is best positioned for future growth in the context of exceptionally challenging market conditions.

“As a result of these proposals, Young’s Seafood is proposing to close its Young’s Pinneys site in Annan …

“The proposed site closure would potentially result in the loss of 450 roles from the Young’s Pinneys site before the end of 2018.”

Young’s Seafood said if its proposals are implemented it will need to recruit 200 new staff in Grimsby and recruit up to 50 workers at its Scampi factory in Annan.

“If these proposals go ahead, employees at Young’s Pinneys will be provided with information regarding these new roles and will be given preference over new recruitment,” said the firm.

Bill Showalter, CEO of Young’s Seafood, said: “The decision by M&S to partner with Young’s to supply its chilled and frozen coated fish, white fish and natural salmon underlines our continued position as the UK’s leading seafood supplier.

“Together with M&S, we will aim to inspire people to love fish now and for generations to come.

“Today’s proposals to close our Young’s Pinneys site does not reflect on the committed and skilled teams at Young’s Pinneys – they are a credit to our company and if these proposals do go ahead we will work hard to maintain the employment of all colleagues throughout this transition.

“We have a long history of seafood production in Annan and whatever the outcome of the consultation we will continue to be a part of the community, given our other factory site within the town.”