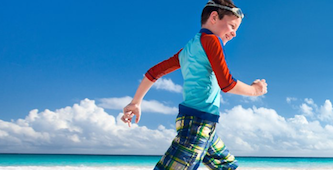 Shares of Stockport-based beach holiday online retailer On the Beach Group plc fell about 16% on Thursday after it said the collapse of budget airline Monarch caused an “estimated impact of £1.1 million for lost bookings due to winter seat availability and seat pricing …”

On the Beach Group plc CEO Simon Cooper said: “On the Beach has delivered a solid performance in H1, with strong booking and share growth supported by some modest and tactical discounting.

“Booking growth strengthened towards the end of the period and has continued into H2.

“As referenced in our AGM update on 8 February 2018, the flight capacity constriction following Monarch’s collapse has driven an increase in seat prices and a corresponding reduction in bookings.

“The position regarding flight capacity continues to recover as incremental capacity has been scheduled which alleviates this constriction.

“Given the resilient and flexible nature of our business model, the board remains confident in delivering a full year result in line with management’s expectations, taking into account the one-off impact of flight capacity constraints as a result of the Monarch failure and the accelerated investment to support international growth.

“To support our continued desire to attract and retain the best digital talent, we have signed a lease on a new digital HQ in Manchester which has the capacity to support our growth ambitions.

“Fit out work will begin shortly and we are scheduled to occupy this exciting new space by the end of 2018.”

On the Beach Group also said Richard Segal intends to step down as non-executive chairman, a position he has held since October 2013.

After a period of transition, Segal will be succeeded by Lee Ginsberg, currently senior independent non-executive director, at a date yet to be confirmed.