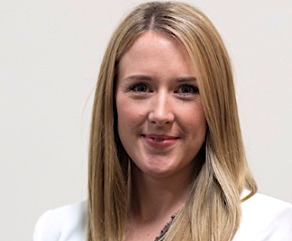 Shares of recently-floated Rochdale youth footwear and apparel retailer Footasylum plunged almost 50% after it warned its current financial year “is likely to show more modest growth” than the previous year.

Despite results for the year to February 24, 2018, showing revenue up 33% to £194.8 million, Footasylum CEO Clare Nesbitt warned that trading since the beginning of the new financial year “has undoubtedly been impacted by the widely documented weak consumer sentiment on the high street.”

Footasylum’s brands include Kings Will Dream and Glorious Gangsta.

Peel Hunt analysts cut their rating on the firm from “hold” to “reduce” and wrote: “Footasylum has disappointed the market with its guidance for FY19, which is a major surprise for a company so recently floated.

“Yes, external conditions are difficult but they aren’t impossible, and our concerns here are medium and long-term based: we were more hopeful that short-term momentum could be maintained.

“The downgrades are meaningful … and it will be difficult for an alleged growth vehicle to command much more than a sector multiple on the back of today’s news.

“We move from Hold to Reduce and take the target price to 80p.”

Mid-morning, Footasylum were trading about 48% lower at around 87p to cut the firm’s stock market value roughly in half to around £98 million.

Footasylum CEO Clare Nesbitt said: “We are pleased to report a strong performance for the financial year, our first as a quoted company following our successful IPO last November.

“We have delivered broad-based growth across all of our channels and product categories, while also continuing to invest in our infrastructure and talent in order to support further long-term expansion.

“While our core target market of the 16 to 24-year-old consumer has proved to be comparatively resilient in a downturn, our trading since the beginning of the new financial year has undoubtedly been impacted by the widely documented weak consumer sentiment on the high street.

“Despite this, we are confident that continued investment in digital and in our stores will allow the company to deliver strong revenue growth for the full year in line with market expectations.

“This includes increased investment in our consumer offering ahead of our usual peak trading period in the second half and delivering additional store upsizes alongside new store openings.

“However, this will have an associated increase in both expected capital expenditure and property costs for the current year and as a result, we now anticipate that, adjusted EBITDA for FY19 is likely to show more modest growth than in FY18.

“In the longer-term, we remain confident that the Company’s differentiated, product-led, multi-channel proposition, combined with strong partnerships with core suppliers, will underpin its continued progress.”