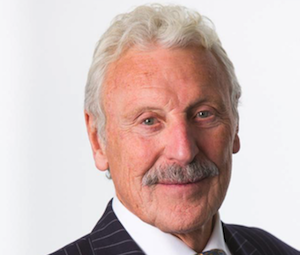 A consortium including North of England billionaire John Whittaker, Canada’s Brookfield Asset Management and Saudi Arabia’s Olayan Group is considering a bid for Intu Properties, the shopping center owner with a stock market value of around £2 billion.

Peel Group, the investment vehicle of the Whittaker family, Olayan Group and property investor Brookfield said on Thursday they were considering a cash offer for London-listed Intu that would take the company private.

Whittaker’s Peel already owns a stake of roughly 27% in Intu, and Whittaker is deputy chairman of Intu.

The consortium now has until November 1 to make a firm offer or walk away.

“The Peel Group, The Olayan Group and Brookfield Property Group on behalf of funds or vehicles which are managed or advised by it (Brookfield), note the recent press speculation and confirm that the consortium is in the preliminary stages of considering a possible cash offer for the issued (and to be issued) share capital of Intu not already owned by members of the consortium,” said the group in a statement.

“The consortium’s consideration of the possible offer is at a preliminary and exploratory stage and no approach has been made to the board of Intu.

“There can be no certainty that any transaction will ultimately be forthcoming, nor can there be any certainty as to the terms of any such transaction …

“As at the date of this announcement, Peel and Olayan, and their respective concert parties are interested in 405,669,386 shares in Intu in aggregate, representing approximately 29.9% of the share capital of Intu.

“Brookfield is not interested in any shares in Intu.”

Intu said in a statement: “Intu properties plc notes the statement by the Peel Group, the Olayan Group and Brookfield Property Group in relation to a possible offer by the consortium for intu.

“Intu confirms that it has not received an approach from the consortium.

“The board of Intu has formed an independent committee comprising all directors of Intu other than John Whittaker, who is connected to the consortium.

“The independent committee will consider any approach from the consortium, if made, and a further announcement will be made if and when appropriate.”