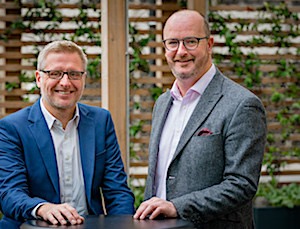 Manchester giant Peel Land and Property (Peel L&P) announced it has appointed Phil Wilson as chief executive of what will be its new housebuilding division, which is set to be officially launched later this year with a new brand and management team.

Wilson, formerly managing director of Yorkshire-based land and property regeneration company Harworth Group plc for seven years, is now in his new post and actively setting up the new division.

Wilson is recruiting a new team and assessing potential development sites from the division’s base in ARRIVE at MediaCityUK.

While at Harworth, Wilson oversaw its development pipeline. Schemes included the Waverley development in South Yorkshire which delivered 4,000 new homes and the Advanced Manufacturing park as well as the north west’s largest industrial and logistics scheme Logistics North, in Bolton.

Prior to Harworth, Wilson was part of the Peel team and contributed to the setting up of the low carbon company Peel Energy.

Wilson said: “By launching our own housebuilding division, it’s a significant and exciting step forward in accelerating our ambition to deliver thousands of much-needed family homes across the North West of England.

“Currently Peel L&P has over 34,000 plots for family homes spanning 5,063 acres in the pipeline or on site and there is potentially a further 10,000 waiting for allocation in the planning system. The opportunity is vast.

“We have great success in achieving planning consent on our land and while we sell some of our consented land onto other housebuilders, in future it will give us the option to create developments in line with our vision.

“Despite our in-house status, it’s essential we build a competitive and compelling offer as Peel L&P compared to other external housebuilders.”

Wilson will be joined by Jonathan England who has been appointed development director.

England’s move to the new division follows his departure from Peel Energy where, for the past 10 years, he oversaw the delivery of Frodsham and Sheerness Windfarms, among others.

England added: “The priority over the coming months will be the recruitment of a construction and commercial director, as well as working with Phil to earmark a number of pioneer sites in the north west, where we will establish our typical offering, core values, design and brand.”