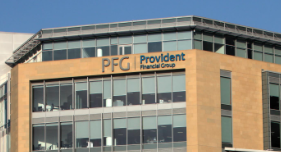 Sweeney will remain employed by Provident Financial Group until the end of April 2019 and assist with an orderly transition.

Provident Financial plc CEO Malcolm Le May will become managing director of Vanquis Bank on an interim basis while a search for Sweeney’s successor gets under way.

“He has grown the business year on year and played a key role in settling the Financial Conduct Authority investigation into the Repayment Option Plan (ROP).

“Now with the ROP refund programme fully underway and expected to be substantially completed in early 2019, it is an appropriate time to put in place new leadership to drive forward Vanquis Bank’s customer centric business model in 2019 and beyond, helping customers rebuild their credit scores by responsibly providing them with credit.”

Le May said: “On behalf of the group I would like to thank Chris for his successful management of Vanquis Bank, and for steering it through a period of operational difficulty.

“Chris has also driven forward the bank’s key digitalistion agenda, with over 850,000 customers now on the mobile app, and I wish him all the best for the future.”

Sweeney said: “The bank has grown year on year since I arrived and importantly evolved to meet the changing needs of our customers.

“Now though with much accomplished since I’ve been the bank’s managing director, it is the right time to move on and take on new challenges.”