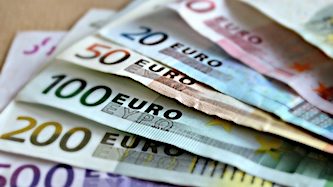 Investments by overseas companies in North West of England assets has more than doubled in the past year, according to Deloitte.

Figures from the business advisory firm’s latest Cross Border Deals Radar, conducted in partnership with Experian, reveal that £123 million was invested by foreign companies in Q3 2018 – more than twice the £50 million seen during the same period last year.

This comes despite a reduction in the total number of transactions, with 11 deals completed in the last quarter compared to 17 in 2017.

The largest transaction completed over the period include the £100 million sale of Blackpool-based Taurus 3, which owns the Tangerine Confectionary brand, to Valeo Foods Group, headquartered in Dublin.

Key deals also include the sale of the European personal care liquids business of McBride plc to Dutch cosmetics company Koninklijke, and the acquisition of Liverpool social care business Homecarers by Ciece SA, headquartered in Madrid.

In contrast, North West companies have refrained from investing in overseas assets in the third quarter, with just four deals worth £302 million completed.

The value is boosted by the £250 million acquisition of US-based Minit Mart by Blackburn headquartered EG Group, completed in early September.

The Q3 total remains a significant reduction compared to the previous year, which saw 16 transactions valued at more than £2.8 billion.

“With five deals, the US maintained its position as most prolific dealmaker, followed by Portugal, Spain, Sweden and Australia.”

Olly Tebbutt, partner at Deloitte in the North West, said: “Given current market conditions, it is understandable that North West companies are cautious when it comes to making overseas acquisitions.

“However, it is encouraging to see that appetite has not weakened from both the US and across Europe, underlining the importance of the region to solidifying the UK’s global position.

“Given ongoing negotiations surrounding the specific terms of Brexit, it will be interesting to see how this will affect M&A in the next six months as the UK continues to transition, but these figures clearly highlight the value that the North West has, both in the UK and overseas.”