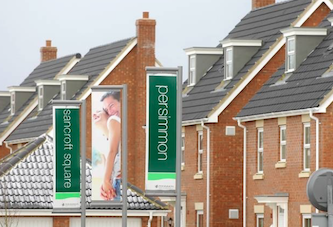 York-based housebuilding giant Persimmon said on Tuesday it expects its pre-tax profits for 2018 will be “modestly ahead of current market consensus.”

In a trading update ahead of its final results, Persimmon said total group revenues rose 4% to £3.74 billion.

Last November, Persimmon said its chief executive Jeff Fairburn would leave the company because criticism of his £76 million bonus package was a continuing distraction that had harmed the firm’s reputation.

“The UK housing market has continued to benefit from robust employment levels, low interest rates and a competitive mortgage market, which have supported confidence and customer demand across the regions …

“We have continued with a selective approach to land replacement in line with our strategic priorities, being mindful of market cycle risks and wider economic uncertainties, including those associated with the process of the UK leaving the EU.

“The group acquired over 17,000 plots of new land in over 80 locations through the year, with anticipated margins which continue to meet our targets.

“We anticipate our pre-tax profits for 2018 will be modestly ahead of current market consensus, having benefitted from the new developments we have opened through the year.