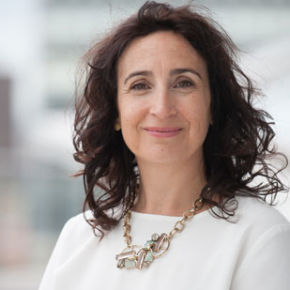 The UK’s Groceries Code Adjudicator (GCA) Christine Tacon has ordered the Manchester-based Co-op Group to introduce major changes to its governance, systems and processes after carrying out a formal investigation into the retailer.

Tacon found the Co-op Group had breached the Groceries Supply Code of Practice on two counts.

Tacon said the Co-op “failed to provide reasonable notice to suppliers of decisions to de-list products and varied supply agreements unilaterally and without reasonable notice in the way it applied two specific charges.”

Tacon found that the retailer de-listed suppliers “with no notice or short, fixed notice periods that were not reasonable in the circumstances.”

Tacon said: “The practices and behaviours described in my report were widespread.

“Systems, processes, business practices and the ability of different parts of the retailer to affect suppliers’ risks and costs of trading with the company all contributed to Co-op breaking the Code.

“At the core there was inadequate governance to oversee and manage Code compliance.

“The clear conclusion is that Co-op needs to take a very different approach to Code compliance.

“I have made robust recommendations for urgent action and I will be helping the retailer change its approach by monitoring closely how they implement those recommendations.”

The adjudicator issued five recommendations for the Co-op to follow:

In its response, The Co-op said it has sent a full apology to its suppliers.

Jo Whitfield, The Co-op’s Food Chief Executive Officer, said: “We are sorry. We’ve gone to great lengths to put these things right and have undertaken a root and branch review of all our supplier dealings.

“We were focussed on rescuing the Co-op and doing right by consumers but we should have also given more thought to the potential impact those planned changes would have on our suppliers.

“It is clear we tried to move more quickly than our systems, processes and people could handle.

“We co-operated fully with the GCA during the investigation and have worked hard to fix things as quickly as possible, including refunding over £650,000 to suppliers.”