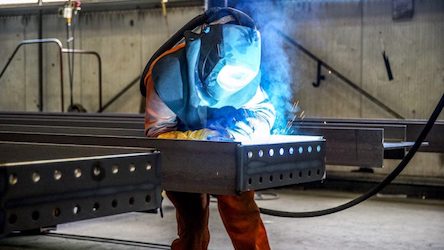 Thirsk, North Yorkshire-based steel group Severfield said on Thursday its order book rose to £274 million as at April 1, 2019, helped by the first orders from its new European venture in the Netherlands and strong performance at its Indian joint venture.

In a trading update for the financial year ended March 31, 2019, Severfield said its overall trading performance continues to be in line with management’s expectations.

“The order book of £274m as at 1 April 2019 (1 November 2018: £230m) continues to include a high proportion of smaller, lower risk projects which typically have shorter lead times,” said Severfield.

“The order book also includes the first orders secured by our new European business venture, based in the Netherlands.

“The order book remains in line with our normal levels, which typically equate to eight to ten months of annualised revenue.

“Our pipeline of potential future orders has remained stable with a good balance of work across all key market sectors.

“Both order book and pipeline performance are consistent with our continued progress towards our strategic targets.

“Following extensive negotiations with all stakeholders, we have now agreed a final settlement for the remedial bolt replacement works at Leadenhall, resulting in no further costs for the group …

“The Indian joint venture (‘JSSL’) has continued to perform well in the second half of the year.

“The market for structural steel in India continues to improve as evidenced in an order book of £149m at 1 April 2019 (1 November 2018: £124m) which includes a large recent commercial order (Amaravati) in the state of Andhra Pradesh.

“The improving market position is also reflected in a growing pipeline which includes a number of potential commercial projects, together with various industrial opportunities, including those for our joint venture partner, JSW Steel (‘JSW’).

“The expansion of the Bellary facility is now underway and is expected to be completed towards the end of the 2020 financial year.”