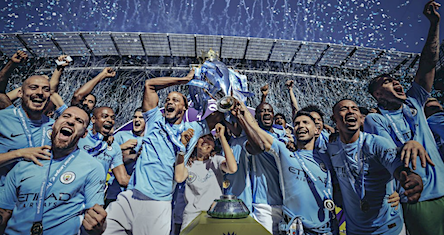 The Court of Arbitration for Sport (CAS) in Lausanne, Switzerland, said on Thursday it has registered an appeal filed by Manchester City Football Club against the Union of European Football Associations (UEFA).

The legal move is an attempt by the club to stop a UEFA inquiry into alleged breaches of so-called financial fair play rules which has recommended Manchester City should be banned from the Champions League.

“The appeal is filed against decisions taken by the Investigatory Chamber (IC) of the UEFA Club Financial Control Body (CFCB) regarding MCFC’s alleged non-compliance with UEFA’s Club Licensing and Financial Fair Play Regulations,” said the Court of Arbitration for Sport.

“An arbitration procedure will now be initiated and will involve an exchange of written submissions between the parties while a panel of CAS arbitrators is convened to hear the appeal.

“Once the panel has been formally constituted, it will issue a procedural calendar.

“It is not possible to say at this time when the Arbitral Award for this matter will be issued.

“CAS will not provide any further information in relation to this procedure, except to issue a media release announcing the panel’s decision.”