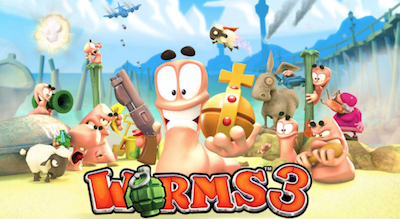 Shares of Wakefield-based video game developer Team17 Group — which went public in 2018 — rose 14% on Tuesday after it issued a trading update ahead of announcing its first half results which it expects to release in September 2019.

The firm said it expects adjusted EBITDA and revenue to be ahead of market expectations for the current year.

Team17 Group’s portfolio comprises over 100 games including the Worms franchise, The Escapists, Genesis Alpha One, My Time at Portia, Overcooked, Yoku’s Island Express and Yooka-Laylee.

“The company has continued to experience strong customer traction from both new and established games since the start of the year and now expects both adjusted EBITDA and revenue to be ahead of market expectations for the current year,” said Team17 in the update.

“The strong first half performance has been driven by continued sales momentum across the back catalogue, a solid performance across an array of new release titles along with the recognition of a higher proportion of revenues relating to license income.

“The company has had a busy release schedule in the first half and launched a number of new titles, including the multi-platform release of My Time at Portia along with Hell Let Loose which launched in Early Access on Steam earlier this month.

“In addition, the company has released new downloadable content for a number of titles, including The Escapists 2and Overcooked 2.

“The company has also announced several new partnerships including a partnership with Blacklight Interactive in February, for the popular Golf with Your Friends! game, a partnership with Hermes Interactive for the indie kitchen puzzle game, Automachef, which is intended for launch on Nintendo Switch and Steam this summer, the second title from Playtonic Games, Yooka-Laylee and the Impossible Lair, and a partnership with The Game Kitchen for the metroidvana 2-D action platformer game Blasphemous, both to be launched in 2019.

“Recognition of the quality of the company’s games continued into 2019, with Yoku’s Island Express being awarded the BAFTA for Best Debut Game in April 2019. “