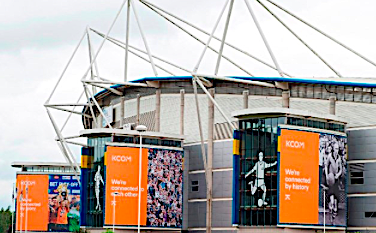 UPDATE 3 — The UK’s Takeover Panel said it started an auction process on Sunday, July 7, for the sale of Hull-based telecom and cloud provider KCOM Group Plc after its prospective buyers did not make a final offer.

Late on Monday, Universities Superannuation Scheme Ltd said its Humber Bidco unit had bid 108.5p per share in cash in the auction, valuing KCOM at about £566 million.

KCOM shares have risen to around 113p.

The takeover panel said KCOM, Humber and MEIF 6 Fibre all agreed to the terms of the auction procedure.

The auction officially got underway on Sunday, July 7, at 5pm, and will run until Friday, July 12.

The Takeover Panel said: “On the basis that neither offeror has declared its offer final, such that either offer may be increased or otherwise revised, a competitive situation continues to exist for the purposes of Rule 32.5 of the Takeover Code.

“In order to provide an orderly framework for the resolution of this competitive situation, and in the absence of any alternative auction procedure having been agreed between the parties, the Panel Executive has, after discussions with the parties, ruled that the auction procedure set out in Appendix 8 of the Code shall be applied and that “Day 46” for these purposes shall be Sunday 7 July 2019.

“Accordingly, assuming that a competitive situation continues to exist, the auction procedure is expected to commence at 5.00pm (London time) on Sunday 7 July 2019 and, for the purposes of Appendix 8 of the Code …”