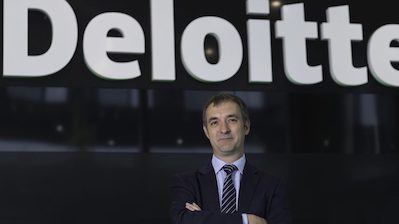 The North West of England’s 65 listed companies added £1.28 billion to their total stock market value in the second quarter of 2019 to reach a record £48.4 billion, according to research by Deloitte and the London Stock Exchange.

Findings from Deloitte’s latest North West Share Index show the total value of the region’s listed businesses included in the FTSE 100, FTSE 250, FTSE Small-Cap indexes and quoted on AIM increased by 3% to £48.4 billion, an all-time high for North West companies.

“North West firms once again outperformed the national average, growing their combined market capitalisation by three per cent compared to under two per cent for firms across the country,” said Deloitte.

“Following a strong start to the year, 40 of the 65 listed companies in the region saw their values grow, comparable to the total of 43 in the previous quarter.

“The continued growth in value of a number of companies in the region – notably AJ Bell, Boohoo.com Plc, and JD Sports, adding £322m, £263m, and £813m, respectively, in Q2 – has been a driving factor behind the overall increase in total value.”

The growth in share value was underpinned by another strong quarter in the retail sector, with the 11 retail companies in the region adding a combined £1.1 billion.

An impressive performance by Auto Trader Group saw its value increase by £243 million to over £5 billion, while JD Sports’ increase of £815 million saw it become the region’s largest firm by market cap, overtaking United Utilities.

JD Sports’ notable increase was driven by the opening of 29 new stores in the quarter, primarily across Europe, Australia, and Asia-Pacific.

“Elsewhere, the North West’s manufacturing sector bucked the national trend, growing by 10% over the course of the three months,” added Deloitte.

“This comes on the back of the news that the IHS Markit/CIPS manufacturing purchasing managers’ index (PMI) fell to 48 in June – the lowest reading in six and a half years.

“Of the 11 listed manufacturing businesses in the region, 10 increased their value; PZ Cussons Plc and Coral Products Plc had notable increases, growing by £76m, and 39 per cent, respectively.”

“We have witnessed the continued growth in value of the retail sector – which now accounts for over £21bn of the total value – following a tough Christmas period.

“As we enter the second half of the year, uncertainties in Westminster could undermine strong performances of the region’s firms.

“However, the strong Q2 shows that the larger sectors in the North West achieved positive results despite political developments, which shows the underlying strength and resilience of the North West markets.”

“London Stock Exchange Group is pleased to support companies of all sizes and sectors in the North West – including on AIM and the Main Market, via the ELITE initiative supporting the growth of private companies, and through our 1000 Companies to Inspire Britain reports.”