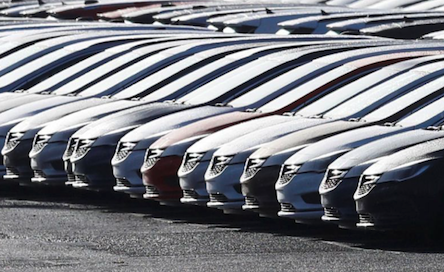 French carmaker PSA — owner of Vauxhall — has warned that the car giant could cease production at its Ellesmere Port factory on the Mersey if Brexit makes it unprofitable.

PSA chief executive Carlos Tavares told the Financial Times he would build future Vauxhall Astras and Opel Astras in southern Europe if Britain could not achieve a satisfactory exit from the EU.

Tavares told the Financial Times: “Frankly , I would prefer to put it (the Astra car) in Ellesmere Port but if the conditions are bad and I cannot make it profitable then I have to protect the rest of the company and I will not do it.”

Tavares added: “We have an alternative to Ellesmere Port.”

PSA announced last month that it planned to build the next generation of the Astra at the factory, but warned that this was conditional on the final terms of the UK’s withdrawal from the EU.

The Society of Motor Manufacturers and Traders told new UK Prime Minister Boris Johnson on Friday that a no-deal Brexit was an “existential threat” to the industry.

It wrote to the Prime Minister saying that withdrawing from the EU without an agreement could cost hundreds of thousands of jobs.

Unite, the UK’s largest union representing car workers, said its members would fight “tooth and nail” to safeguard Vauxhall’s Ellesmere Port plant and urged Boris Johnson’s government to take a no deal Brexit off the table.

“Unite has been in positive discussions with PSA about a new vehicle agreement and securing new models for Vauxhall’s Ellesmere Port plant.

“All that hard work is now hanging by a thread as Boris Johnson and his government of hard Brexiteers play no deal roulette with the livelihoods of thousands of Vauxhall workers and their colleagues in the supply chain.

“A no deal Brexit, or a deal that throws up barriers and tariffs would be catastrophic for Vauxhall’s Ellesmere Port workers and the UK car industry and make plants inefficient, components less attractive and cars built in the UK more expensive for export.

“Unite is in continuing discussions with PSA.

“We will not sit back and allow PSA Group to walk away from making cars in the UK to then sell cars made elsewhere back into what is the fifth biggest car market in the world.

“The workforce stands ready to do everything in its power to protect Ellesmere Port jobs and will fight tooth and nail to safeguard car production volumes at the plant.

“We would urge the UK government to meet with us urgently to help us secure the future of both Vauxhall Ellesmere Port and our ‘jewel in the crown’ automotive sector which is now at serious risk following a ramping up of no deal posturing.

“These jobs matter and once they go they are gone forever slamming the door on the ability of future generations to prosper from decent well paid work.

“Boris Johnson and his team need to come to Ellesmere Port and tell this talented workforce directly that they will not send them to the dole queue.

“It is imperative for the future of the livelihoods of thousands of people who depend on Vauxhall Ellesmere Port that a no deal Brexit is taken off the table and a deal reached with the European Union that secures frictionless trade and tariff free access.”