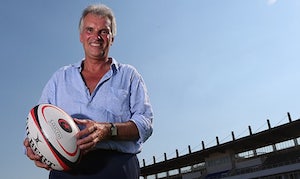 Premiership Rugby (PRL) said on Tuesday that English champions Saracens have been given a 35-point deduction and fined £5.36 million after they were found guilty of breaching salary cap regulations.

Saracens said they were “shocked and disappointed” and would appeal the disciplinary panel’s findings.

Saracens, who won the Premiership and European double last season, stood fourth in the league with nine points from three games before the punishment was announced.

The points deduction would place them last in the standings on -26 points ahead of Saturday’s game at Gloucester and in danger of relegation.

The current salary cap is £7 million, which does not include two “excluded players” whose salaries are outside the cap.

The salary cap has the objectives of ensuring the financial viability of clubs and providing a level playing field.

Wray said: “This is absolutely devastating for everyone associated with this amazing group of players, staff, partners and fans.

“It has been acknowledged by the Panel that we never deliberately sought to mislead anyone or breach the cap and that’s why it feels like the rug is being completely pulled out from under our feet.

“We will appeal all the findings.”

“In accordance with the Salary Cap Regulations, such charges are referred to the independent dispute service, Sport Resolutions, which appoints an Independent Panel to determine whether the alleged breaches have occurred and to decide any sanction.

“The Independent Panel – which conducted a hearing over five days in September and October 2019 – was chaired by the Rt. Hon. Lord Dyson, who was joined on the panel by Aidan Robertson QC and Jeremy Summers.

“Lord Dyson was Master of the Rolls (President of the Court of Appeal of England and Wales and Head of Civil Justice) for four years until he retired in October 2016.

“He was a Justice of the Supreme Court of the United Kingdom from April 2010 until October 2012.

“In addition, the Club is found to have exceeded the ceiling for payments to senior players in each of the three seasons. The Panel therefore upheld all of the charges.

“The sanction that has been imposed on Saracens Rugby Club by the panel is:

“The Salary Cap Regulations stipulate that a points deduction may be imposed in the current season (2019-20) only. The sanction has no bearing on any other domestic or European competition.

“The Independent Panel rejected the Club’s challenge on competition law grounds to the validity of the Regulations.

“In setting out its conclusions, the Panel noted that the salary cap operates in a pro-competitive manner by promoting the objectives of ensuring the financial viability of Clubs, controlling inflationary pressures, providing a level playing field, ensuring a competitive league and enabling Clubs to compete in European competitions.

“Under the Regulations, Saracens Rugby Club has the ability to seek a review of the decision by an arbitration body.

“In the event that Saracens Rugby Club seeks a review, the sanctions will be suspended pending the outcome of that review.”

A Premiership Rugby spokesperson said: “The Salary Cap is an important mechanism to ensure a level playing field for Premiership Clubs and maintain a competitive, growing and financially sustainable league.

“Today’s decision by the Independent Panel upholds both the principle of the Salary Cap and the charges brought following an extensive investigation by Premiership Rugby.

“We are pleased that this process has reached a conclusion and we look forward to another exciting season of Premiership Rugby.”

Saracens said in a statement: “The Club is pleased the Panel acknowledged it did not deliberately attempt to breach the salary cap and steadfastly maintains that player co-investments do not constitute salary under the regulations.

“This view is supported by independent legal and professional experts.

“The Club will continue to vigorously defend this position especially as PRL precedent already exists whereby co-investments have not been deemed part of salary in the regulations.

“As previously stated, the Club made administrative errors relating to the non-disclosure of some transactions to PRL and for this we apologise.

“We are pleased to confirm we now have a robust governance framework in place and this will be overseen by an external counsel to ensure the Club follows best practice.

“Furthermore, it is the Club’s belief that the Panel’s narrow interpretation of the regulations is detrimental to player welfare across the league and is damaging the development of elite level rugby in the UK.

“Saracens is proud of its pioneering, innovative approach to player welfare, developing their talents and supporting their entrepreneurial spirit for life beyond rugby.”