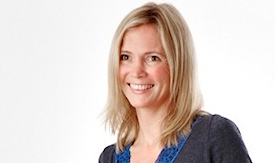 Salford-based broadband giant TalkTalk Telecom Group said on Friday it has put the sale of its full fibre broadband business FibreNation on hold after the UK’s Labour Party announced plans to turn broadband into a free public service.

The Press Association (PA) reported that TalkTalk’s half-year results were delayed on Tuesday as it was close to completing a deal for FibreNation, but the sale was paused on Friday after Labour announced plans to nationalise parts of BT.

The plan would also involve coming to agreements over access arrangements with TalkTalk and other providers that have invested in fibre-to-the-premises, or possibly taking over those parts of the companies, Labour’s finance chief John McDonnell said.

“Not surprisingly, when news of that sort lands, everybody’s reviewing, pausing for breath, and considering what that means, and that’s what happened here,” TalkTalk chief executive Tristia Harrison told PA.

“We are in extremely advanced discussions and negotiations,” she added. “We’re just pausing and reconsidering.”

Harrison told Reuters: “Our discussions are very advanced, and yes, the news overnight of course is making everybody in the sector pause and consider.

“We were really close, really close, but I think something of this sort that is in the news, obviously everybody is … digesting and working out what it means.”

On the half-year results, Harrison said: “We’re pleased that our clear strategy to accelerate customer growth in fibre broadband while also reducing costs has led to a significant increase in profitability in the first half, with a 14% year-on-year increase in like-for-like EBITDA.

“We now have over two million customers taking a Fibre product, adding nearly 300,000 customers in the half.

“Fibre broadband is good news for customers and TalkTalk.

“It offers a faster, more reliable service whilst also reducing churn and comes with a materially lower cost to serve.

“In addition, our soon to be completed HQ move and shift to a self-service model is underpinning our cost reductions.

“Our headline EBITDA outlook for the year remains unchanged.”