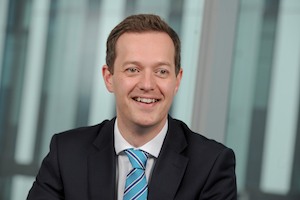 The number of North West firms securing overseas investment fell slightly in the third quarter compared to 12 months ago, with 14 transactions completed in the region compared to 18 this time last year.

According to Deloitte’s latest Cross Border Deals Radar, conducted in partnership with Experian MarketIQ, there was more than £634 million of investment into North West businesses in Q3 2019 – more than five times as much as the same period last year.

However, this data was skewed by the £600 million acquisition of a portfolio of three office buildings from Vita Student Management by Germany’s DWS International.

The research also revealed that despite a possible Brexit and ongoing economic uncertainty, North West companies continue to look overseas for acquisition opportunities.

In total, the number of outbound deals increased to nine in the last quarter — five more than last year, though values dropped by £370 million.

Olly Tebbutt, partner at Deloitte in the North West, said: “It is unsurprising to see that overall investment into the North West has remained weaker in Q3, particularly given the continued uncertainty around the UK’s relationship with the EU and now with a general election pending.

“Whilst the North West remains an attractive proposition for businesses looking to establish a UK base of operations, many investors will be putting off decision making until there is greater clarity on the political way forward.”