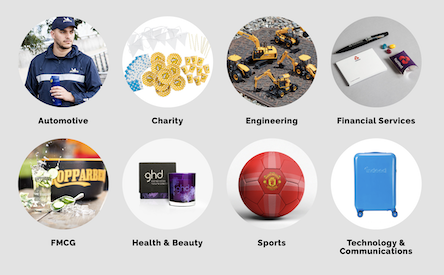 Manchester-based branded merchandise firm The Pebble Group plc has priced its initial public offering and conditional placing at 105p per share as it intends to raise £135 million to give the firm an initial market capitalisation of £176 million.

The Pebble Group CEO Christopher Lee said: “I am very pleased to announce a successful conclusion to our IPO and plans to join AIM.

“The fundraising is well supported by a broad range of significant investors, including a number of blue-chip institutions.

“The success of this process is down to the hard work and dedication of all our people.

“I would also like to take this opportunity to thank the teams at Elysian Capital, Beechbrook Capital, HSBC and H.I.G. Capital Europe for their support in recent years and our new shareholders for their belief in our business.”

The firm said in its listing documents: “The Pebble Group … announces the successful pricing of its initial public offering and conditional placing of 75,433,954 new ordinary shares and 53,549,754 existing ordinary shares and, together with the new shares … at 105 pence per placing share with institutional investors to raise gross proceeds of approximately £135 million …

“The company’s market capitalisation on admission, based on the issue price, is expected to be approximately £176 million.

“The company is raising proceeds of approximately £79 million, which will primarily be used to repay the company’s existing debt facilities in full, as well as settling outstanding consideration arising from the acquisition of Facilisgroup.

“Following the receipt of the placing proceeds, The Pebble Group will be debt free …

“The selling shareholders will receive gross proceeds of £56 million.

“On admission, Elysian Capital will retain approximately 14% of the total issued ordinary share capital of the company and has agreed not to dispose of an interest in such shares for a period of six months following admission.

“The directors believe that the IPO will enable the company to invest in its future expansion, enhance its profile and provide the ability to incentivise employees …”