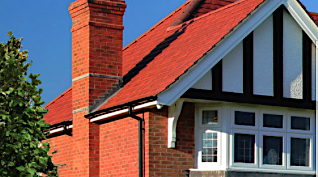 Flintshire-based house builder Redrow said on Wednesday its chief operating officer Matthew Pratt will be promoted to CEO as it revealed its revenue for the six months to December 31, 2019, fell 10% to £870 million and first half pre-tax profit fell 15% to £157 million.

Redrow declared an interim dividend of 10.5p per share, up 5%, pointing to a strong order book with first half reservations at £936 million and its expectation that revenue will be “considerably more weighted than usual” to the second half of the year.

Pratt is to be appointed group chief executive from July 1, 2020, and a search for an independent non-executive chairman will commence towards end of 2020.

Tutte said in the company’s statement: “Redrow has once again delivered a robust operational and financial first-half performance consistent with our expectation that revenue will be considerably more weighted than usual to the second half.

“Given our confidence in the full year performance we have declared an interim dividend of 10.5p, up 5% on the previous year.

“Current market conditions, combined with our very strong order book give me confidence this will be yet another year of progress for Redrow and our expectations for the full year remain unchanged.”

On the board changes at Redrow, Tutte said: “My appointment as executive chairman and Matthew Pratt’s promotion to chief operating officer earlier last year were integral to a smooth transition to a more conventional board structure following Steve Morgan’s retirement.

“The transition has gone well, and it is therefore my intention to step back to a non-executive chairman role from 1st July 2020 and to retire from the board ahead of the AGM in 2021.

“Matthew Pratt will take up the position of group chief executive with effect from 1st July 2020 and the search for an independent non-executive chairman to replace me will start towards the end of this calendar year.

“I am confident that under Matthew’s leadership, supported by Barbara Richmond and the wider executive team, Redrow will continue to go from strength to strength.