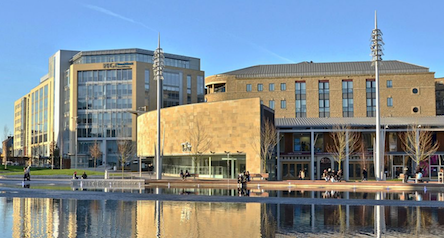 Bradford-based subprime lender Provident Financial said on Tuesday that Fitch Ratings has downgraded the group’s credit rating from BBB- with a negative outlook to BB+ with a stable outlook.

“The downgrade results in an increase in the funding rate on the group’s syndicated revolving bank facility and the group’s senior bonds,” said Provident Financial.

Provident Financial chief financial officer Simon Thomas said: “The downgrade to the group’s credit rating by Fitch reflects the slower than anticipated recovery of the home credit business since the group was put on negative ratings watch in March 2018.

“However, in coming to this conclusion, Fitch acknowledged that they expected the gradual improvement in CCD to continue and that the group was better placed to withstand the ongoing elevated level of regulatory risk than its smaller or more concentrated peers.

“In addition, they continue to recognise the group’s recovering profitability, its sound capital and liquidity positions and its franchise strength in the markets in which the group operates.

“In line with previous guidance, we continue to expect that CCD will deliver a breakeven result in 2020, before taking account of the increase in the group’s funding rate.

“In addition, we remain confident that the business is capable of delivering the group’s target returns in the medium term, particularly given the ongoing market disruption from tougher regulation.

“As we set out at our preliminary results announcement, we remain focused on diversifying and lowering the cost of the group’s funding which was recently evidenced by the securitisation of Moneybarn’s business flows.

“We do not believe that the downgrade will have a significant impact on the group’s ability to secure new funding at competitive rates.”