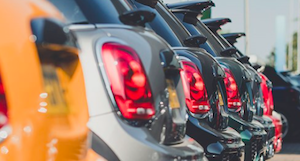 Manchester-based Auto Trader Group plc — the UK’s largest digital marketplace for cars — said on Wednesday it raised about £186 million via a discounted sale of ordinary shares announced earlier in the day.

“A total of 46,468,300 new ordinary shares in the company have been placed by BofA Securities, the sole bookrunner, at a price of 400.0 pence per placing share, a discount of 8.9 per cent to the closing share price of 439.1 pence on 31 March 2020 and a premium of 0.9 per cent to the middle market price at the time at which the company and BofA Securities (as sole bookrunner) agreed the placing price,” said Auto Trader.

Auto Trader also announced additional actions “which we are taking to further strengthen our balance sheet, reduce costs and support both our employees and customers during this time of uncertainty.”

Auto Trader said in a stock exchange statement: “Prior to the announcement of the lock down in the UK on 23 March 2020, Auto Trader announced that we would support our vehicle retailing customers by allowing them to advertise all their vehicles on our site and by making the service free to them throughout April.

“The entire board has voluntarily offered to forego at least half of their salaries or board fees for the foreseeable future.

“We have announced a furlough programme to our employees which will take effect shortly.

“We intend to fully top up salaries for the large majority of those who are impacted.

“The company is supportive of the government’s goal of trying to keep as many people as possible in work.

“We believe our use of the furlough programme will be in the long-term interest of shareholders as well as other stakeholders.

“The net proceeds of the placing will be used to strengthen Auto Trader’s balance sheet and liquidity position, support all stakeholders, increase our flexibility to take advantage of future opportunities, and increase certainty around meeting covenant tests in future years.

“Furthermore, this equity raise will allow us to resume our existing capital return policy at the earliest prudent opportunity …

“As previously announced, we will not buy back any further shares until we report our full year results.

“No decision has yet been made regarding the final dividend for FY20, although if the current environment persists then it is unlikely that one will be declared.

“Notwithstanding that, the board continues to believe in the long-term benefits of the company’s existing capital structure and return of surplus capital policy.

“In summary, low levels of indebtedness and a very high proportion of post-tax operating profit returned promptly to shareholders through a combination of dividends and share buy backs … “