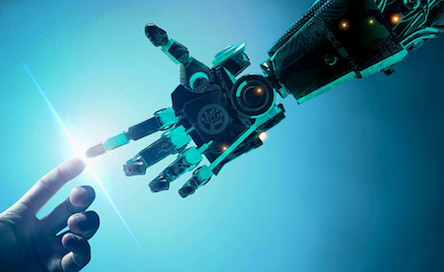 The placing shares will represent 9.8% of the company’s enlarged issued share capital.

“The funding will be used to further strengthen and protect Blue Prism’s balance sheet during a period of uncertainty for the wider economy, while allowing continued investment in the innovation of its dedicated enterprise intelligent automation suite,” said Blue Prism in a statement.

“In this new economic reality, automation has become a top business priority.

“Blue Prism is working to meet this demand by helping organizations stay resilient, responsive and competitive through the deployment of a Digital Workforce.

“The funding raised positions the business as a strong partner to its large enterprise customer base, well placed to accelerate Robotic Process Automation (RPA) adoption with organizations looking to maintain business continuity and alleviate the challenges of COVID-19 through intelligent automation.”

Blue Prism executive chairman Jason Kingdon said: “In this environment, our Digital Workers are arguably more important than ever in driving organizational adaptation and resilience, and our role as a strategic technology partner to our customers in many ways becomes more emphasized.

“The capital raised positions us a strong partner to our enterprise customers as they increasingly look to securely scale beyond a simple Proof of Concept (PoC) while leveraging leading-edge AI and cognitive capabilities.”

On Monday, Blue Prism announced that Alastair Bathgate will be stepping down from his role as chief executive officer and from the Blue Prism Board on April 30 “to focus on other opportunities.”

Blue Prism said: “Alastair will continue to support the progress of the group on an advisory basis in the role of founder.

“This development comes as the next stage in a journey along which Alastair has steered Blue Prism from its initial start-up phase in 2001, through several years of rapid growth and its IPO on the AIM market in 2016, to building the group into its status today as a global market leader in a significant software category.

“Dr. Jason Kingdon, who as executive chairman became responsible for Blue Prism’s go‐to‐market and product functions when he resumed an executive role in October 2019, will assume Alastair’s responsibilities in an expanded role as chairman and CEO.”

Bathgate said: “Whilst, after 18 extremely enjoyable years, I am sad to be stepping out of an executive role, I remain a fervent supporter and major shareholder of Blue Prism and will be cheering from the sidelines, as well as being available to advise and assist where needed.

“I am also looking forward to working with other UK tech companies and helping them to scale.

“The team we built at Blue Prism is world class; I know the company is in safe hands and well positioned to continue to grow and dominate the software category that we created.”

Kingdon said: “Alastair co-founded Blue Prism and has led the business through many important milestones, including its highly successful IPO in 2016.

“His leadership has stewarded the group through a period of hyper growth, growing to over a thousand employees, while building a global customer base covering 70 commercial sectors.

“Alastair has helped create one of the most successful technology companies in the UK, one that has even created its own market.

“On behalf of the board I would like to thank Alastair for his significant contribution and wish him the very best for the future.”