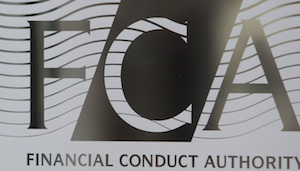 The Financial Conduct Authority (FCA) said on Friday it has instituted criminal proceedings against three former employees of Harrogate-based IT firm Redcentric Plc, who are scheduled to appear at Westminster Magistrates court on August 28, 2020.

“Each individual will face charges of two counts of making a false or misleading statement, contrary to Section 89(1) of the Financial Services Act 2012,” said the FCA.

Shares of Redcentric rose more than 20% on Friday after it announced it reached a settlement with the FCA “in relation to certain historical accounting misstatements” and that the settlement involves £11.4 million restitution.

Redcentric also announced a share placing and subscription to raise £5.775 million and published a trading update saying it “has been encouraged by the company’s trading performance in the year to date, with recurring revenue orders received in Q1 FY21 expected to be marginally ahead of Q1 FY20 and significantly ahead of the board’s expectations at the time of the last trading update and COVID-19 update released on 3rd April 2020.”

In addition, Redcentric said customer installations in the quarter “are expected to be significantly higher than the equivalent period last year and ahead of expectations at the time of the last trading update.”

The FCA also issued a public censure to Redcentric “for committing market abuse between 9 November 2015 and 7 November 2016.”

The FCA said Redcentric has agreed to provide compensation to affected investors.

“Redcentric issued unaudited interim results and audited final year results which materially misstated its net debt position and overstated its true asset position in circumstances where it knew, or ought to have known that the information was false and misleading,” said the FCA.

“As a result, investors were misled and paid more when purchasing shares than they would have done had they known the true position.

“Redcentric has now agreed to offer compensation to affected investors who purchased Redcentric shares between 9 November 2015 and 7 November 2016.”

Redcentric CEO Peter Brotherton said: “I am pleased that we have now achieved an agreed settlement, having worked closely with the FCA over a number of years and having acted promptly to issue a corrective statement to the market when the misstatements were discovered.

“This is positive news for Redcentric and follows a positive start to the year.

“The conclusion of the investigation removes significant uncertainty and costs, enabling management to focus solely on future growth.

“Over the last three years a new board of directors and management team have been appointed and have worked to transform the company, optimising its products, platforms, networks, processes and structure.

“As a result, we now have a modern, resilient and scalable business that is fit for growth.

“With good visibility of sales pipeline and future revenues, strong and improving margins and continued strong cash conversion, we are well placed to capitalise on opportunities across both the public and private sector markets.”