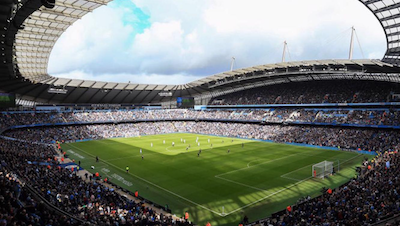 The Lausanne-based Court of Arbitration of Sport (CAS) said on Monday it has overturned Manchester City’s two-year UEFA ban from European football.

CAS ruled that Manchester City did not breach financial fair play rules by disguising equity funding as sponsorship — but imposed a €10 million fine on the club for failing to co-operate with UEFA.

Manchester City said: “Whilst Manchester City and its legal advisors are yet to review the full ruling by the Court of Arbitration for Sport (CAS), the club welcomes the implications of today’s ruling as a validation of the club’s position and the body of evidence that it was able to present.

“The club wishes to thank the panel members for their diligence and the due process that they administered.”

The Abu Dhabi United Group (ADUG), the investment vehicle owned by Sheikh Mansour bin Zayed Al Nahyan, is the majority owner of the City Football Group (CFG), with a stake of around 77%.

CFG’s other owners include the China Media Capital (CMC) Consortium (13%) and Silver Lake (10%).

The CAS said in a statement: “The CAS award emphasized that most of the alleged breaches reported by the Adjudicatory Chamber of the CFCB were either not established or time-barred.

“However, considering i) the financial resources of MCFC; ii) the importance of the cooperation of clubs in investigations conducted by the CFCB, because of its limited investigative means; and iii) MCFC’s disregard of such principle and its obstruction of the investigations, the CAS Panel found that a significant fine should be imposed on MCFC and considered it appropriate to reduce UEFA’s initial fine by 2/3, i.e. to the amount of EUR 10 million.

“The final award with reasons will be published on the CAS website in a few days.”