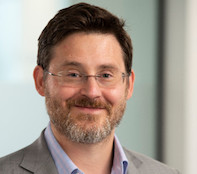 The Leeds-based £46 billion Border to Coast Pensions Partnership has announced its involvement in about £1.4 billion of infrastructure investment.

“Border to Coast has deployed £675m of infrastructure investments from its first offering (Series 1A) in line with expected timescales,” said the fund.

“Border to Coast has secured a further £760 million of commitments from its Partner Funds to its second infrastructure offering (Series 1B).

“These commitments are to be deployed in the period to 31 March 2021 as part of a programme to build a diversified global infrastructure portfolio over the long-term across Core, Core+ and Value Add/Opportunistic strategies.”

Border to Coast Chief Investment Officer Daniel Booth said: “Infrastructure was identified as a key asset class for our Partner Funds as they seek new investment opportunities and better diversification of risk.

“Thanks to our collective size we have been able to access high quality investment opportunities whilst generating significant collective fee savings for our investors over the long term.

“We appreciate the trust that our Partner Funds have placed in us as shown by the substantial commitments they have made to Infrastructure.”

The eight investments in Series 1A are: