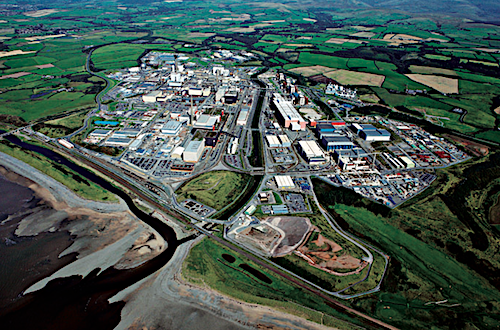 The UK Government’s Sellafield Ltd said on Friday night that bomb disposal experts have successfully disposed of chemicals at its nuclear reprocessing plant in Cumbria that had been found to have changed state during a routine inspection.

In an 8pm statement, Sellafield Ltd said: “We can confirm that the Explosive Ordnance Disposal (EOD) team have now safely and successfully disposed of the organic peroxide chemical package at the Sellafield site.”

Earlier, Sellafield Ltd said: “As previously communicated, we are currently working with the Explosive Ordnance Disposal (EOD) team on the Sellafield site to dispose of a small quantity of organic peroxide chemical stored in our Magnox Reprocessing Plant.

“The organic peroxide, a chemical used routinely in industry, has been in safe storage, as part of our programme to identify and dispose of historic chemicals on site.

“During a routine investigation we noted that the chemical had changed state.

“The plan, as advised by EOD, is to burn the chemicals in a prepared incineration pit on a part of the site away from any buildings or infrastructure.

“The incineration process may be visible and audible on and off the site.”