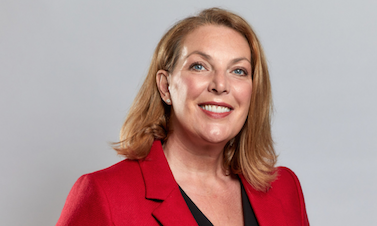 The Sheffield-based British Business Bank said on Tuesday it appointed Judith Hartley as CEO on an interim basis of its two commercial subsidiaries, British Business Investments and British Patient Capital, from September 1.

The British Business Bank is the UK government’s economic development bank. Its programmes were supporting more than £7.7 billion of finance to over 94,900 smaller businesses at end of December, 2019.

Hartley is currently managing director of the British Business Bank’s UK Network, a team that is located within each of the English regions and the three devolved nations.

She joins the bank’s executive committee and takes over the role from Catherine Lewis La Torre, who was recently appointed chief executive of the British Business Bank.

“Judith Hartley built a career in corporate banking with Barclays and Bank of Scotland before becoming involved in the delivery of publicly funded access to finance products,” said the British Business Bank.

“Prior to her current role, Judith was previously the British Business Bank’s managing director, Lending Solutions, where she was responsible for the delivery of a number of the bank’s debt-based products, including the Enterprise Finance Guarantee, Help to Grow and Start Up Loans.

“Judith joined the bank from Capital for Enterprise where she was Managing Director, Debt Markets.”

“She has successfully established and led the bank’s UK Network team and recently led the bank’s lender accreditation team during the Covid-19 response and has made a considerable contribution to the bank since she joined in 2014.

“I am delighted that she has agreed to take on the role of CEO on an interim basis and look forward to working with her as we support the UK’s economic recovery.”

Cummings became a non-executive director in June 2018. He is former CEO, Touchstone Innovations plc and also worked for Scottish Equity Partners LLP and 3i Group plc.