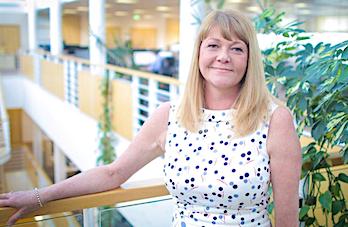 Legal & General’s LGIM Real Assets has provided £75 million in long-term financing to Bernicia, one of the largest providers of affordable homes in North East England.

Headquartered in Ashington with 550 staff, Bernicia has 16,000 properties across the North East with plans to build at least 650 new homes by 2023.

“With over £1.5 billion invested in affordable housing to date, Legal & General’s £75 million investment in housing association Bernicia will support its ambitions to deliver 650 much needed homes to the region by 2023, better supporting the communities where they operate and playing an important role in the economic recovery of the North East,” said Legal & General.

Steve Bolton, Legal & General’s Head of Private Corporate Debt, Europe, said: “If Covid has shown us anything, it’s that we all need a safe place to call home …

“This £75 million investment in Bernicia marks another significant milestone for Legal & General’s investment in the North East, having recently committed £100 million and £350 million to landmark regeneration projects in Sunderland and Newcastle respectively.”

The money will be released to Bernicia in three instalments over a two-year period.

“It’s a real vote of confidence in Bernicia and the North East economy as a whole.

“It allows us not only to meet our corporate strategic objectives, but to go much further enabling us to explore strategic opportunities with our local authority partners, support local supply chains and create more opportunities for the people of the North East.”

Independent financial services specialist Centrus was sole financial advisor to Bernicia on the deal, while international law firm Trowers and Hamlins advised on the legal aspects of the funding.