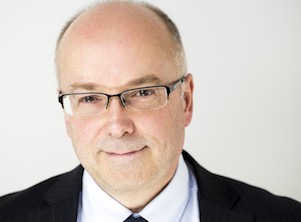 Cornish said Prime Minister Boris Johnson and the UK Government have neglected UK aviation “and the role it plays in our economy from day one of this pandemic.”

Cornish said they “do not appear to appreciate its strategic value, in terms of jobs and economic activity, in a way that other countries have.”

In a long statement, Cornish said: “Twitter is not the place where you want to find out that the Government is effectively shutting down the business you run, but that’s what happened to the leaders of the UK aviation industry on Saturday.

“The Government’s decision to ban people from travelling abroad came without warning and with no discussion with the industry about the support it will receive to help it get through this period.

“Given the huge impact on the hundreds of thousands of people working in the aviation and travel industry, it is shocking that the Prime Minister didn’t consider the shutdown of international travel worthy of mention in his press conference on Saturday evening.

“The leaks reported across social media were finally confirmed by Government at 11pm, with a sentence towards the bottom of the detailed guidance that was emailed around.

“The organisations representing UK airports and airlines summed it up when they reacted on Saturday evening: ‘A ban on international travel means airlines and airports, already hamstrung by quarantine, are closed businesses,’ they said.

“As the leader of the UK’s largest airport group, it is hard to argue with that sentiment.

“But the experience of the last eight months has conditioned the industry to this kind of behaviour.

“Last minute announcements. Chaotic changes in policy. Unnecessary anxiety for passengers rushing to get back before arbitrary deadlines.

“The fact this development was not deemed worthy of mention in the PM’s address is symbolic of the way Government has neglected UK aviation and the role it plays in our economy from day one of this pandemic.

“They do not appear to appreciate its strategic value, in terms of jobs and economic activity, in a way that other countries have.

“And it is clear they have not understood, or even tried to understand, what the impact of this latest decision will be, let alone put in place measures to help the industry cope with the tough times ahead.

“And let’s be clear, it will be devastating to a sector already struggling as a result of confusing quarantine rules and painfully slow progress on testing.

“The huge irony here is that when our country was first plunged into lockdown, our airports remained open.

“We were committed to supporting repatriation flights and enabling key workers to get around the country, even though we found ourselves handling as few as 500 passengers a day at our airports, on days when we would normally expect to welcome close to 100,000.

“Our sector was one of the first hit by this pandemic and one of the hardest hit.

“As major infrastructure businesses, the majority of our income evaporated overnight, while almost all our costs remained.

“Promises of specific support in recognition of this predicament were publicly made by government, but never materialised.

“Meanwhile, we saw supermarkets and some other businesses, which were enjoying a sales bump during lockdown, offered a 12-month holiday from business rates worth hundreds of millions of pounds to the likes of Tesco and Sainsburys.

“In light of the position the aviation industry has been in since March, this makes no sense to me whatsoever.

“Rail operators and London’s transport system have been given special funding to shield them from the worst impacts of the virus.

“But while the suggestion that aviation has had dedicated support has been regularly repeated by ministers, in reality this consists of nothing more than the furlough scheme, which — though welcome — has been available to all businesses.

“We have done everything in our power to mitigate the impact of the biggest crisis our industry has ever faced — significantly reducing costs, seeking financial support from shareholders and introducing safety measures to ensure travellers feel safe and secure.

“We have also had to take the regrettable step of putting the jobs of some of the people who work for us at risk in the last few weeks.

“Meanwhile, government policy has bit-by-bit closed-off the most popular destinations for British travellers — destinations often with infection rates a tiny fraction of those being seen across the U.K.

“We’ve been told to trust the science throughout this pandemic, but none of these decisions — including the latest hammer blow delivered over the weekend — appear to have a clear scientific rationale.

“One certainly hasn’t been shared with the people who run airports, airlines and travel companies.

“Tens of thousands of jobs have already been lost across the industry as a result of the situation we find ourselves in.

“Much of this could have been avoided had the Government followed through on its promise of a targeted support package for our sector.

“This package would have recognised the role the UK’s global links are going to play in our economic recovery — a recovery that will take place when our “island nation” status will not just be a geographical fact, but a symbolic reality as we exit the EU.

“The Government must still hit the deadline it set for itself of having passenger testing up and running by 1st December, something I had intended to be writing about today.

“This is a core element of our ‘exit strategy’ from this second lockdown.

“If countries like Germany were the hare, racing ahead in establishing a system that got people flying again, we hoped to be the tortoise — slow out the blocks but with a regime we were told would be ‘world leading’ when in place.

“Instead, we are reacting to news that leaves many in our industry facing a very bleak future.

“It may sound dramatic to suggest airports and airlines are effectively closed businesses.

“But a ban on travel and the mass cancellation of almost entire flying programmes will question the sustainability of parts of our sector.

“UK airports and airlines will need to decide quickly what they must do to secure their future until the situation improves.

“An urgent package of support must materialise.

“That must include relief from business rates, policing costs and other pressures we have no way of mitigating.

“It must include support for the tens of thousands of employees whose livelihoods are at risk and it must include creative measures, such as a review of passenger taxes to help win back popular routes, to plot the quickest possible route to recovery.

“Now is the time for Government to step off the sidelines and take the action that is so desperately needed.”