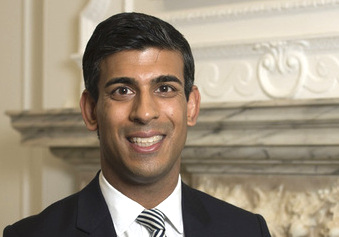 The UK government and its central bank announced a fresh wave of co-ordinated economic stimulus on Thursday.

The Bank of England increased its bond-buying programme by a larger-than-expected £150 billion.

And finance minister Rishi Sunak announced an extension until March of the government’s furlough job support program which provides 80% of the pay of temporarily laid-off workers.

Bank of England governor Andrew Bailey said: “It is important that we take prompt, strong and co-ordinated action.

“It’s an extraordinary situation, and it’s by no means over.”

Sunak said the co-ordinated stimulus shows that “all economic and monetary institutions are playing their part.”

The chancellor said: “The governor and I are in constant communication as the situation evolves.

“Our responses are carefully designed to complement each other, and provide certainty and support.”

Bailey added in a Bloomberg Television interview that the central bank is considering other tools available — including guidance on the path of policy and negative rates — and that it has no fixed order in which it expects to use them.

Luke Bartholomew, Senior Economist at Aberdeen Standard Investments, said: “Given the resurgence of the virus and a return to a much more comprehensive lockdown, an increase in asset purchases from the Bank of England today was always extremely likely.

“As it was, the amount of easing delivered today was at the top end of expectations as the Bank seek to do all it can to support the economy.

“However, with the structure of rates already incredibly low, it is hard to believe QE can deliver a huge amount of further stimulus from here, even if does make it easier for the government to finance and deliver it’s huge fiscal easing.

“The Bank has shown it is not yet ready to take rates negative given operational considerations, and that they don’t really believe this is the appropriate economic backdrop to get the maximum possible stimulus from negative rates.”