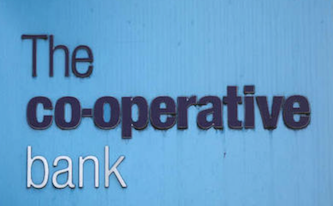 “The issue of the notes ensures the Bank Group moves significantly closer to meeting its MREL requirements, the additional capital resources that the Bank of England has asked all major UK banks to attain over and above their regulatory capital requirements by January 2022,” said Co-operative Bank.

“In concluding the transaction, the bank has achieved one of its key strategic aims for the fourth quarter, as previously set out in its Q3 trading update on 6 November.”

MREL stands for “Minimum Requirement for own funds and Eligible Liabilities.”

Co-operative Bank CEO Nick Slape said: “Concluding this transaction with a majority placement with third party investors is a significant achievement for the bank — it brings us closer to reaching our future MREL compliance within the industry-wide timelines, and builds on the previous successful £200m Tier 2 capital raise in April 2019.

“We were determined to deliver this in the fourth quarter and we are delighted to have been able to do so.

“We are well positioned in the current uncertain economic environment and this is another important milestone for us as we focus on providing the support our customers need and delivering our strategy to rebuild a successful, sustainable Co-operative Bank.”

Co-operative Bank said on November 17 it had received an approach “regarding the possibility of a sale of the bank and/or the holding company.”

Co-op Bank declined to comment on reports claiming the talks were with Cerberus Capital Management.

“The bank has recently attracted an approach from a financial sponsor with knowledge and experience of investing in European financial services businesses regarding the possibility of a sale of the bank and/or the holding company,” said Co-operative Bank on November 17.

“The bank continues to be in discussions with this financial sponsor, although such discussions remain at a preliminary stage.

“There can be no certainty that discussions with this financial sponsor will progress further, or that any binding offer will be forthcoming nor whether the bank’s ultimate shareholders will find the terms of a binding offer (if any) acceptable.”