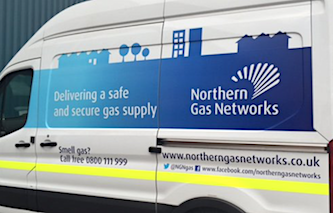 Northern Gas Networks is owned by a consortium of three partners — Hong Kong-based CK Infrastructure (CKI) and Power Assets Holdings Limited, and SAS Trustee Corporation, a pension fund for government employees in the state of New South Wales in Australia.

Leeds-based Northern Gas Networks (NGN) is a major gas distributor for the North of England, transporting gas to 2.7 million homes and businesses across the North East, most of Yorkshire and northern Cumbria.

“This transaction is the scheme’s first buy-in policy and covers around two thirds of its members.

“By being prepared, and able to move quickly, the Trustee and NGN were able to take advantage of favourable market conditions to establish the buy-in.

“Legal & General’s price lock, while the legal agreement was progressed, gave the Trustee a high degree of price and execution certainty prior to completion of the transaction.”

Rachel Cutts, Director, Legal & General Retirement Institutional, said: “We are delighted to have completed this transaction, which provides further financial security to the members of the Northern Gas Networks Pension Scheme.

“This transaction demonstrates that by having a clear objective and flexible timescales, trustees can move quickly and secure their members’ benefits when favourable pricing is available.