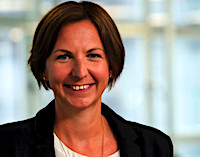 Troubled Altrincham-based car dealership Lookers plc, whose shares have been suspended amid an accounting investigation, announced that Anna Bielby has been appointed as a director and interim chief financial officer with effect from January 5, 2021.

Bielby is a former executive of KCOM Group.

“Anna trained as a chartered accountant with PwC, where she worked for 14 years specialising in retail and was an audit director,” said Lookers.

“She brings PLC experience, having worked at KCOM Group for five years in a number of senior financial roles, latterly as Chief Financial Officer.”

On November 25, Lookers reported a loss before tax of £45.5 million as it finally published much-delayed results for the year ended December 31, 2019.

Lookers reported a total of £25.5 million of non-cash adjustments which were necessary to correct misstatements in profit before tax “over a number of years.”

It reported a provision of £10.4 million “for potential liabilities arising from the ongoing Financial Conduct Authority (FCA) investigation.”

Lookers said investigations identified “a cash expenses fraud which led to a loss of £327k in a single division and which accumulated over several years.”