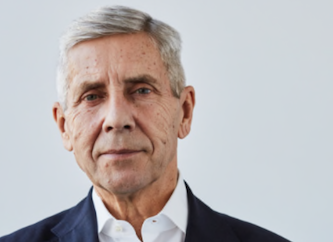 Rose is a former CEO of Marks & Spencer and is due to retire as chairman of online grocer Ocado in May.

EG trades from more than 6,000 sites across 10 countries.

The group reported sales in excess of €20 billion for the year to December 2019 and adjusted earnings before interest, taxation, depreciation and amortisation (EBITDA) of €910 million.

A spokeswoman for EG, which has previously said an initial public offering (IPO) could be considered in the future, told Reuters nothing had been decided yet.

“The Issa brothers are great British entrepreneurs of enormous drive, vision and ambition,” said Rose, 71, in a statement.

“EG’s board has asked me to develop appropriate governance structures for a business of this scale. The business has exciting development plans and exceptional prospects in the years to come.”

Zuber Issa and Mohsin Issa said in a joint statement: “Stuart has an excellent record in business and we are delighted that he is joining us at this exciting time for EG Group.

“We have plans to create significant convenience and foodservice opportunities for our customers, and Stuart’s retail and consumer experience will provide invaluable insight and support.”

Gary Lindsay, Partner, TDR Capital, said: “The recruitment of Stuart Rose is a clear signal of our ambition for EG Group and our commitment to continuous improvement.”

Separate from EG, the Issa brothers and TDR agreed last October to buy a majority stake in Leeds-based Asda from Walmart in a deal which gave the supermarket chain an enterprise value of $8.8 billion.