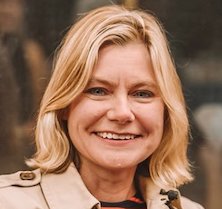 Manchester-based online holiday retailer On the Beach Group plc (OTB) said on Friday it appointed former UK government minister Justine Greening to its board as a non-executive director with immediate effect.

Greening will serve as a member of the firm’s audit, remuneration and nomination committees.

Rotherham-born Greening was MP for Putney, Roehampton & Southfields from 2005 to 2019 and spent eight years as a minister.

After leaving government in 2018, Greening founded the Social Mobility Pledge campaign in that year to drive grass roots change through business and higher education.

Prior to her political career, Greening qualified as a chartered accountant with PriceWaterhouse in the UK and Switzerland before taking a finance role at SmithKline Beecham followed by a strategy role at the newly formed GlaxoSmithKline.

During her time at GSK, Greening completed an MBA at the London Business School in 2000 and then joined AA/Centrica as head of sales and marketing finance for three years before leaving to become an MP in 2005.

On the Beach chair Richard Pennycook said: “Justine has had both a successful business career and an illustrious political career.

“As the travel sector recovers from the pandemic, we expect some fairly major reforms to the regulatory landscape.

“Justine’s experience, in and out of Westminster, will be invaluable as On the Beach navigates these reforms and pursues opportunities to grow our market share both in the UK and internationally.”