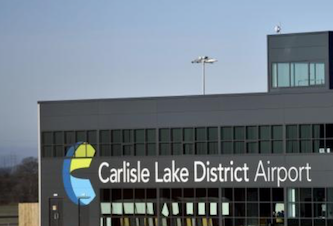 Esken, the aviation and energy infrastructure group formerly known as Stobart Group, confirmed on Monday it is in “advanced discussions” with Isle of Man-based Ettyl Limited for the sale of the Esken shareholding in Stobart Air as well as Carlisle Airport.

“There can be no certainty that an agreement will be reached or that the transaction will conclude as it remains subject to final contract matters and approvals,” said Esken.

“The company will make a further announcement as and when appropriate.”

The company announced on January 11 it would change its name from Stobart Group to Esken Limited.

“This follows the announcement on 21 May 2020 that Stobart Group sold the Eddie Stobart and Stobart trademarks to Eddie Stobart Logistics for £10 million,” said the group on January 11.

“As a result of this transaction Stobart Group agreed it would change its name before the end of February 2021.

“Stobart Group’s operating divisions may continue to use the brand to May 2023 and London Southend Airport will not change its name.”