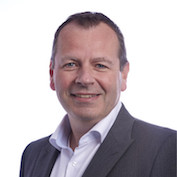 “In addition to the consideration, the group has made available a working capital facility of £2.0 million to Findel Education,” said SRG.

“The working capital facility has an interest rate of 4.6% per annum, a termination date of 30 September 2021 and is secured against the assets of Findel Education.

“The net cash proceeds will be used to make a voluntary payment to the group’s defined benefit pension fund of £9.0 million with the remainder used to reduce group net debt.

“The disposal will simplify the group’s operations and allow the management to focus on the fast growing studio business.

“Following a transformational year for Studio, the group intends to continue to pursue and accelerate its strategic vision of becoming the leading online value retailer with an integrated financial services offer.

“Findel Education is a leading supplier of resources and equipment to schools in the UK and overseas.

Studio Retail Group CEO Paul Kendrick said: “Under SRG’s ownership, Findel Education has transformed itself from a catalogue retailer to an online first business and we are confident that it will continue on the next phase of its digital transformation under the ownership of Endless.”

Studio Retail Group also announced the conclusion of its strategic review and formal sale process, saying “discussions did not progress beyond receiving qualified, indicative and non-binding expressions of interest for the company.”

SRG also published an update on its “record” trading performance in the year to March 26, 2021, saying adjusted profit before tax from continuing operations is expected to be in the region of £48 million to £50 million, up 75% to 83% on £27.3 million in FY20.

“During the course of the strategic review, the company and its financial advisors contacted a significant number of parties to participate in the formal sale process,” said SRG.

“Despite engaging extensively with many of these parties, discussions did not progress beyond receiving qualified, indicative and non-binding expressions of interest for the company.

“The board received multiple offers to acquire the group’s educational resources business with the company announcing separately today the sale of Findel Education to West Moorland 221 Limited, a newly formed company owned by investment funds managed by Endless LLP, for a gross consideration of £30 million on a debt free, cash free basis.

“The exceptional trading performance this year of the group’s main business, Studio, proves the success of the online value retail and integrated financial services offer which has been enhanced over the last few years through the digital transformation and data analytics programme.

“The board is confident in the company’s prospects and believes that greater value will be created for shareholders by now focusing the group’s resources on the pure-play Studio business, building on its strong momentum along with an improved financial position.”

Endless said Findel Education is “one of the UK’s leading ecommerce led suppliers” of educational resources and equipment to schools and nurseries.

“The group has been trading since 1817 and over the years it has developed well-known brands, comprising GLS, Hope, Philip Harris and Davies Sports, which offer great value and service across an extensive product range in both the UK and overseas,” said Endless.

“The management buy-out has been led by the existing management team of Chris Mahady (CEO), Mark Whittaker (CFO) and Martin Jones (CIO).

“The team will be further bolstered by the appointment of Paul McClenaghan (CEO of Victoria Plum) as chairman following the acquisition.

“This is Endless’ first investment from its new £400 million Fund V and the transaction follows what has been a busy period for the firm after the recent acquisitions of Hovis, Bibby Distribution and Amscan International.

“As part of the acquisition, Endless will make further funding available to allow the management team to explore further targeted M&A.”

Andy Ross, Partner at Endless LLP, said “We are delighted to be backing Chris, Mark, Martin and the entire Findel Education team to deliver our shared vision for the business and look forward to working closely with them in the coming years.

“We believe that this is an exciting opportunity to acquire and develop a truly market leading business.”

Findel Education CEO Chris Mahady said: “We are pleased to have secured the investment from Endless and strongly believe that together we can develop the company at pace, through investing in our brands and capabilities in the wider schools and nurseries marketplace.

“We would also like to thank Studio Retail Group for the support they have given Findel Education during their ownership.”