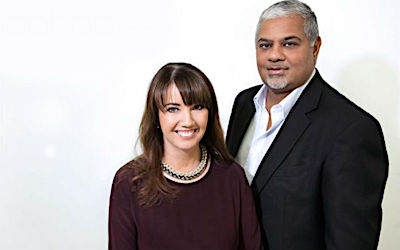 Manchester fashion giant Boohoo said on Tuesday its revenue rose 32% to £486.1 million in the three months to May 31 compared to the same period last year.

On its guidance, Boohoo said: “The group has made a strong start to its financial year against challenging comparatives, and in line with expectations uncertainty remains in a number of markets that the group operates in around the world as a result of the pandemic.

“Guidance for the year ending 28 February 2022 therefore remains unchanged, with revenue growth of around 25% and adjusted EBITDA margins expected to be in the region of 9.5-10%.

“Our medium-term guidance for 25% sales growth per annum and a 10% adjusted EBITDA margin remains unchanged, reflecting the board’s confidence in the group’s prospects as it continues to invest in building for the future.”

The trading statement was accompanied by an update to coincide with the publication of a further progress report from Sir Brian Leveson on the company’s “Agenda for Change” programme following negative publicity about failings in Boohoo’s supply chain.

Leveson said: “The Responsible Sourcing and Ethical Trade teams are now focussed on continuous assessment of its UK manufacturing base and is demonstrating a degree of due diligence which may well go beyond that which is undertaken by other retailers or in other industries.”

Last September, the firm accepted all the recommendations of an independent review that found major problems after newspaper allegations about low pay and working conditions in factories in the Leicester area.

Proxy adviser Glass Lewis has recommended that shareholders vote against the reappointment to the board of Boohoo co-founder Carol Kane at Friday’s annual general meeting, amid concerns over governance and high pay.

Boohoo CEO John Lyttle said: “I am delighted with our performance in the first quarter, particularly as it was always going to be challenging to produce strong growth rates on last year, when lockdowns around the globe drove such high traffic to online retailers.

“The two year CAGR of 38% highlights the group’s continued phenomenal growth, with revenues having increased 91% over the last two years, with particularly strong performance in key markets such as the UK and US, where sales have more than doubled.

“This quarter we have integrated and relaunched our newly-acquired brands, Dorothy Perkins, Wallis and Burton, and we have also relaunched Debenhams for fashion, beauty and homeware, adding ranges, with an exciting pipeline of brands for our digital department store.

“We continue to make great progress on our Agenda for Change programme, with this morning’s latest report from Sir Brian Leveson outlining the seriousness with which the group is determined to develop and demonstrate a gold standard in our supply chain.

“Our ongoing investment in infrastructure and our platform leaves us well-placed to maximise the opportunities for growth as we build the business for the future.”

Mahmud Kamani and Carol Kane, Boohoo co-founders, said: “We are extremely proud of the incredible amount of change our teams have delivered, with the group making exceptional progress over the last 11 months in developing a robust, fair and transparent supply chain, which is recognised in Sir Brian’s latest report.

“As a group we are on track to meet all of the commitments that we set out last year and we remain committed to setting the bar, to drive measurable and sustainable change.”

“Boohoo is a classic example, where it has delivered very strong levels of sales growth over the years, but that’s made the market think it is a superstar and will always smash expectations.

“Its latest update shows decent levels of growth in the UK and US.

“Sadly, it’s not enough for the company to raise its earnings guidance which is a disappointment in the eyes of the market.

“Europe and its other overseas regions have gone into reverse, with a decline in sales.

“Gross margins are also down, although the 60 basis-point reduction was less than the 90 basis points predicted by analysts.

“There are quite a lot of moving parts with Boohoo beyond the headline sales figures.

“It is having to juggle the integration of acquired Debenhams assets alongside an ongoing plan to improve governance practices and improve monitoring of its supply chain, as well as investing in its business to improve infrastructure.

“The best Boohoo can do is stay focused and try to execute on its plans as best as possible.

“The slow easing of lockdown restrictions in its various sales territories should provide a new catalyst for sales as individuals buy clothes for their new-found social life.

“If it can sustain decent levels of growth in the UK and US and repair its damaged reputation following the supply chain scandal, Boohoo could be coming out smiling.

“It just isn’t quite there yet.”