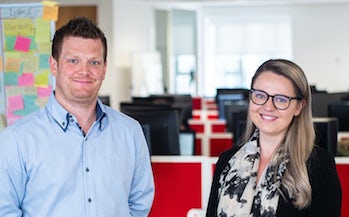 Northcoders Group plc, the Leeds and Manchester-based provider of training programmes for software coding, has announced its proposed admission to trading on AIM.

The firm’s stock market capitalisation will be £12.5 million on admission.

The stock market listing will involve the placing and subscription of 1,944,444 new ordinary shares at £1.80 per share.

“The fundraising will raise a total of £3.5 million (before expenses),” said Northcoders.

“WH Ireland is acting as nominated advisor and broker to the company.

“Admission and commencement of dealings on AIM are expected to take place at 8 a.m. on 27 July 2021, under the ticker CODE.

“Based on the placing price, the market capitalisation of the company will be £12.5 million on admission.

“On admission, the company will have 6,944,445 ordinary shares in issue and a free float of approximately 29.6 per cent.

“The directors believe that the company’s admission to AIM will allow it to access the capital it needs to facilitate its stated growth strategy, particularly enabling it to roll out its model geographically with an additional hub in Birmingham and the opening of two other regional hubs in 2022. “