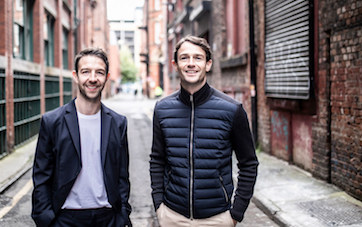 Manchester-based CarFinance 247, the motor finance marketplace, has reported a 20% rise in the price of vehicles sold.

“The number of vehicles listed on the platform by CarFinance 247’s network of around 4,000 independent dealers dropped from 130k to 105k in the first six months of the year, as the number of used cars rolling onto forecourts dipped.

“New car manufacturers are coming under pressure from the global semiconductor shortage, an increasingly important component in modern vehicles, leading some manufacturers to temporally stop production.

“As prices continue to rise, CarFinance 247 has also seen an increase in the part exchange value its consumers are receiving from dealers.

“This has been reflected in the deposits put down on vehicles by buyers, which have doubled since 2019.

“With car prices growing rapidly, CarFinance 247 is seeing a surge demand for its services, with applications for finance soaring to 95,000 a month, leading the firm to increase its workforce by 20%.”

“At the same time as consumers are keen to back on the road, the global supply of new cars has nosedived.

“New cars are equipped with more technology than ever and this, alongside increased demand for new consoles and phones, has pushed worldwide stocks of computer chips to breaking point.

“New car manufacturers can’t get the parts, and this is causing the squeeze in the used car market.

“Dealers in our network have found it tough sourcing vehicles during the pandemic and have reported a decrease in units sold but a rise in margins over the past few months.

“Now that CAP and Glass’s valuations have adjusted in line with demand, loan to values have normalised but purchasing will still be a challenge.

“Even so, consumers are increasingly looking to CarFinance 247 to bridge the gap between the car they want and the deposit they have.

“Our team has been working hard to help consumers find and finance their dream car, but demand is so strong that we’re in the process of hiring 125 additional employees.”