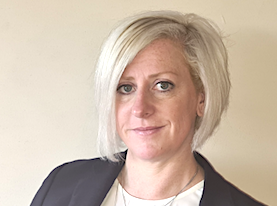 British consumers are currently facing a £371 billion savings shortfall when it comes to feeling able to withstand a financial shock, according to Yorkshire Building Society’s The Nation’s Nest Egg report.

The report, conducted with the Centre for Economics and Business Research (Cebr), found that despite Covid-19 restrictions helping many people to increase their savings, UK adults require a nest egg of £17,465 to feel financially secure — with the average Briton needing an additional £7,220 to reach this goal.

On a regional level, the East of England proved to be the most financially resilient region, scoring 61 out of 100.

This was followed by the Scotland (56) and London (48). The North East of England proved to be the least financially resilient region, scoring 40.

Of the UK’s biggest cities, Edinburgh ranked as the UK’s most financially resilient, scoring 64, out of a possible 100. Whilst Milton Keynes proved to be the least resilient scoring 44.

“The study seeks to analyse consumers’ financial resilience – their ability to withstand financial shocks and how that impacts their behaviour,” said the Yorkshire.

“It reveals that despite the turmoil of the pandemic, the UK’s overall financial resilience has improved over the last year, rising to 57 out of 100, up from 44 in 2019.

“This score has been determined by assessing four key pillars which can be considered together to present an overall picture of financial resilience: shock resilience, probability of income shock, financial health and ability to plan for difficulty.

“The shock of the last year has caused many to reassess their attitudes towards savings, and as a result almost half (46%) of 18-34 year olds state they will save more carefully post pandemic.

“People have also become aware of the impact that money worries can have on their wellbeing, with a third (32%) of men and almost two-fifths (41%) of women stating that greater financial security would make them feel less anxious or depressed.

“To increase our financial resilience, most people would like more money in cash savings (37%), followed by reducing their debt (25%) or owning a property (23%).”

Yorkshire Building Society director of savings Tina Hughes said: “Despite many people managing to put away more money during the past 18 months, this latest research proves just how fragile people’s savings are, and how far away they are from reaching a state where they feel they have sufficient reserves to be financially secure.

“Whilst some people were able to save throughout the pandemic, that hasn’t been the case for everyone, with many now more exposed than before to financial shocks.

“As a society we know how difficult it is for people up and down the country to save towards their nest egg, and we are committed to helping more individuals build their financial resilience.

“Money worries can have a detrimental impact on people’s wellbeing and so we are here to help them in times of need.

“However, it’s positive to see that overall, the UK’s financial resilience has improved, and it’s hoped that as we emerge from the pandemic those who have been able to increase their savings, will maintain these good money habits and grow their savings safety nets.”