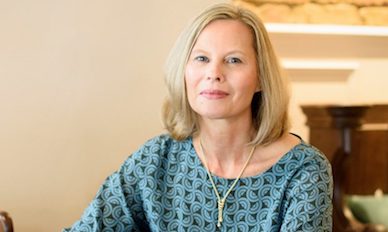 The next generation of NPIF will include the North East Local Enterprise Partnership.

The news comes as the original NPIF approaches its £300 million milestone, having directly invested over £291 million into 937 Northern SMEs in deals that have attracted an additional £377 million of private sector co-investment.

In addition, the North East Fund has directly invested over £65 million across Durham, Northumberland and Tyne and Wear in deals that have attracted an additional £120 million of funding.

NPIF supports almost one in five equity deals across the North.

British Business Bank CEO Catherine Lewis La Torre said: “Ensuring that investment reaches businesses of all sizes and in all sectors the UK – including Northern cities, towns and rural areas – is vital if we are to realise the goals of addressing regional imbalances.

“NPIF has been transformative for the Northern business community.

“We have consistently seen the impact that funding can have on organisations, whether that’s enabling them to build skilled teams, create new products and services, or adopt more sustainable operations – something that the Bank is driving through its commitment to supporting SMEs in reaching net zero.

“The next phase of NPIF will enable even more Northern businesses to adapt, innovate, and scale – ultimately creating an even stronger North.”

Roger Marsh, chair of Leeds City Region LEP and NPIF Strategic Oversight Board, said: “NPIF was the first time that HM Government, the LEPs and the British Business Bank came together to pilot a new approach in supporting small businesses accessing finance.

“The pilot model has been proven and has since been replicated in other regions including the Midlands due to its demonstration of supporting growth, innovation, employment and skills across the North.

“This announcement of additional investment for an NPIF II that includes the North East LEP area is excellent news.

“It will undoubtedly build on the success of NPIF and enable support for more northern businesses to grow and help build back the economy in the North.”

Lucy Winskell, chair of the North East Local Enterprise Partnership, said: “This significant injection of funding into the North is hugely welcomed and signifies Government’s confidence in northern businesses to scale up and compete in global markets.