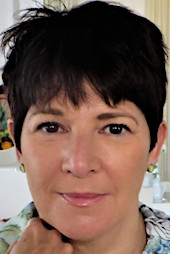 Screen Yorkshire announced that Caroline Cooper Charles has been appointed as its new chief executive officer (CEO) to succeed Sally Joynson who is retiring from the business at the end of 2021 after 16 years at the helm.

The screen industries in Yorkshire & Humber are estimated to support 12,000 jobs with a turnover of more than £1 billion.

“The CEO post, which was advertised externally, attracted a wide range of diverse candidates from across the UK and beyond,” said Leeds-based Screen Yorkshire.

“Caroline will move from her existing, senior role as Screen Yorkshire’s Head of Creative, where she oversees the company’s talent development programmes, film office and Yorkshire Content Fund.”

She also managed the UK Film Council’s nationwide short film programme through her company Lifesize Pictures and spent a year as Director of the Sheffield International Documentary Festival.

Cooper Charles joined Screen Yorkshire as Head of Industry Development in 2018, overseeing the organisation’s skills and talent development programmes, including initiatives such as Centre of Screen Excellence: Yorkshire and Beyond Brontës.

Since taking up the role of Head of Creative in February 2020, she has managed Screen Yorkshire’s Yorkshire Content Fund, overseeing investments and acting as production executive on TV dramas such as All Creatures Great and Small, The Confessions of Frannie Langton and Ackley Bridge and feature films including Ali & Ava.

Cooper Charles said: “Since joining Screen Yorkshire in 2018, I have found it an immensely welcoming, remarkable and inspiring place to work.

“The company has such an important role in ensuring that the screen industries in Yorkshire & Humber continue to thrive and grow in a manner which reflects the fantastic talent that we have in our region.

“As Screen Yorkshire moves into its third decade it will be an absolute privilege to take forward the incredible legacy that has been built by Sally Joynson and lead the brilliant team that delivers this work.”