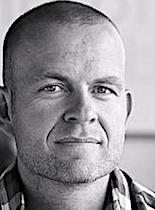 The founder and CEO of Skelmersdale, Lancashire-based Victorian Plumbing Group plc bought £2.9 million worth of shares in his company on Friday after the share price fell 40% on Thursday when it warned its gross margins may come under pressure as it attempts “to balance revenue growth with profitability in the short-term.”

Other directors also bought shares on Thursday and Friday.

CEO Mark Radcliffe bought three million shares at 96p per share. On Wednesday, Victorian Plumbing shares had been trading around £1.57.

After accounting for £9.4 million of exceptional costs relating to its IPO and share-based payments of £7.7 million, profit before tax fell 17% to £19.7 million.

However, in its outlook section, Victorian Plumbing said: “As we reported in our full year trading update on 7 October 2021, we experienced more subdued market conditions during the summer months following the easing of restrictions, before customer demand improved somewhat during September.

“Through the first two months of FY22, whilst consumers have continued to spend more on leisure and less on big ticket material homeware purchases, demand and revenue have been broadly the same as last year and 41% ahead of FY20.

“The adaptability of our supply chain and investment in-stock inventory means we are currently operating from a position of strength relative to others.

“Given the popularity of our own brand offering, we are able to absorb most of the current supply chain pressures.

“However, as we look to balance revenue growth with profitability in the short-term, gross margins may move closer to those achieved in FY20.”