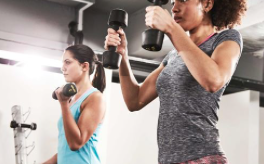 “KKR will become a significant minority investor in the business alongside management and Leonard Green & Partners (LGP), who retain a majority ownership position,” said PureGym.

“The PureGym Group reported strong Q3 results to bond investors in November with revenue ahead of the equivalent period in 2019 and profits bouncing back robustly from the challenges of the pandemic.

“The PureGym brand is now fully established in 40 sites in Switzerland, in Saudi Arabia where the first of many planned franchise sites are already open and trading, and will soon be in the US in three trial sites.

“PureGym believes that the conditions are now right for significant further development of the business.

“Combined with existing resources and credit lines, the group will have access to approaching £500m of capital after the completion of this investment from KKR, with this capital enabling continued growth through the opening of more sites both in its current markets, as well as to sustain continued international expansion over the coming years.

“This will continue a trend of tech and digital investment that recently saw the PureGym in-house developed app win the prize for UK Health & Fitness App of the year.

“PureGym has always applied technology innovatively and intends to remain at the vanguard of the world’s technology enabled gym and fitness operators.”

PureGym has 1.6 million members across 511 clubs in the UK and mainland Europe. Many of its gyms are open 24/7.

In the UK, members pay monthly and have no contractual commitment.

PureGym CEO Humphrey Cobbold said: “We are simply delighted to welcome today an investment firm of KKR’s stature – a firm I have known and respected for many years – as our new strategic partner.

“To have investors of the calibre of KKR and LGP supporting our business is a testament to the extraordinary efforts of every single colleague across our enterprise.

“It is also an endorsement of our overall strategy which is to become one of the leading players in the rapidly developing world market for gyms, fitness and activity.”

Blaine MacDougald, partner and co-head of KKR’s Strategic Investments Group, said: “We have followed PureGym closely over the last few years as it emerged as an outstanding performer in its sector, with an experienced management team well-positioned to take advantage of the global opportunity in health and well-being.

“This investment provides PureGym with flexible capital to support its growth and international expansion plans and we will draw on the full range of KKR’s global platform and operational resources to help them drive further success for the business.”

“We are delighted to be working alongside KKR, one of the world’s leading investment firms, and look forward to working with them and the management team to secure further growth and success.”