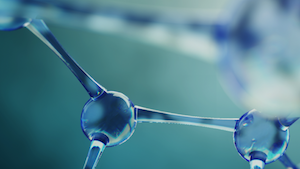 Shares of Alderley Park-based drug discovery Redx Pharma rose about 15% on Thursday after it announced a milestone payment from AstraZeneca has been triggered as a result of the initiation of a Phase 1 clinical trial of AZD5055 (RXC006), a “Porcupine inhibitor targeting fibrotic diseases including idiopathic pulmonary fibrosis (IPF).”

Redx Pharma said: “The milestone payment of $9 million has been triggered under the terms of the out-licensing agreement announced on 4 August 2020 and completes the previously described potential total of $17 million of early payments between deal signature and the successful commencement of the first clinical trial.

“Under this agreement, in addition to the $17 million in early payments, Redx may receive up to a further $360 million in aggregate development and commercial milestone payments.

“The company is also eligible to receive tiered royalties of mid-single digit percentages, based on any future net sales.

“Wnt ligands are known to be strong drivers of fibrotic mechanisms and are highly expressed in diseases such as IPF.”

Redx Pharma is a clinical-stage biotechnology company focused on discovering and developing novel, small molecule, highly targeted therapeutics for the treatment of cancer and fibrotic disease.

Redx Pharma CEO Lisa Anson said: “We are delighted that AstraZeneca is progressing AZD5055 (RXC006) into a Phase 1 study in healthy volunteers to support the further development in IPF.

“The successful achievement of this milestone highlights, once again, Redx’s ability to generate novel product candidates that have significant potential for diseases with high unmet medical need.

“This is the fourth product candidate discovered by Redx to enter clinical trials.”